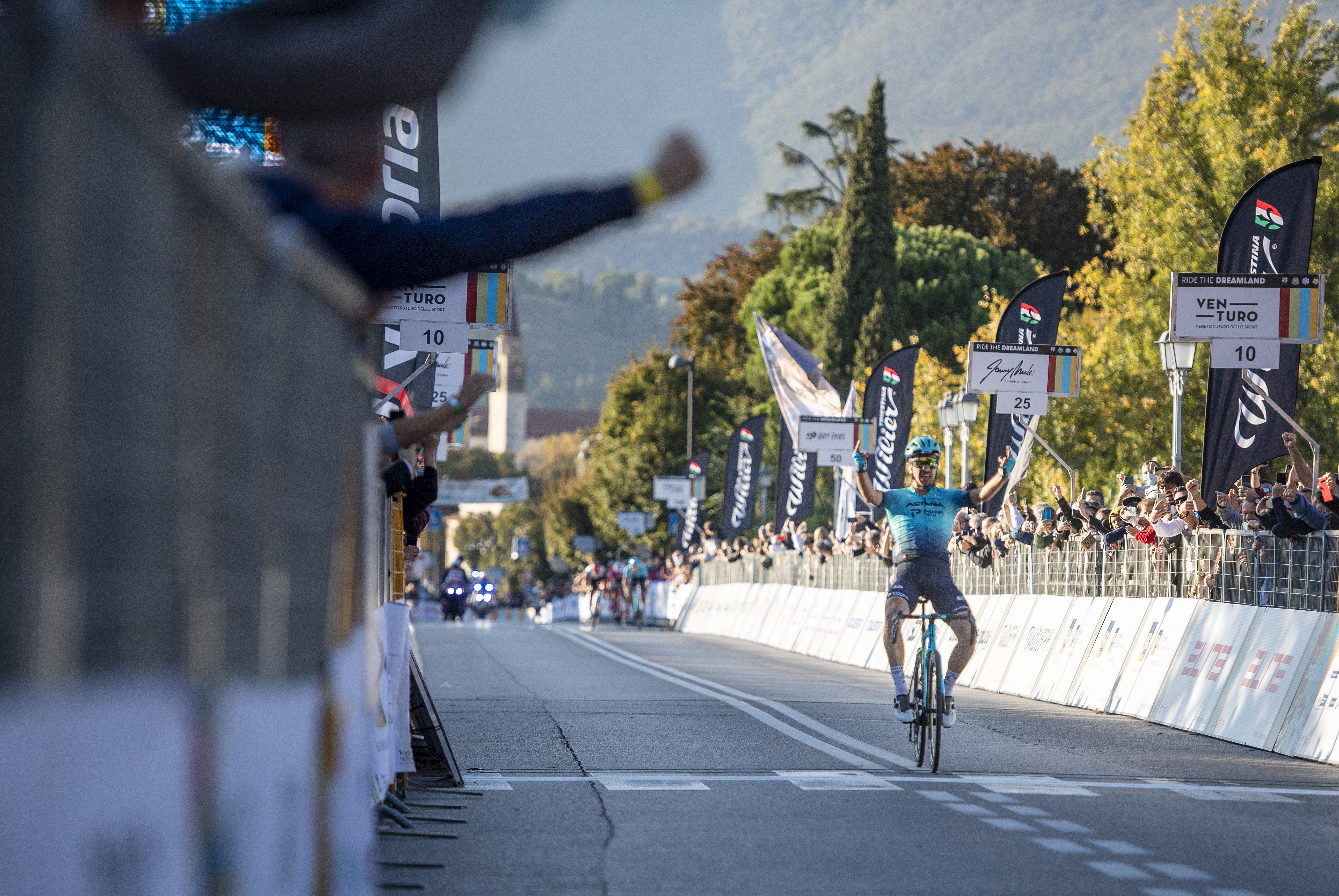 Bassano del Grappa, 17th of October 2021. Today, an important and new chapter in the history of cycling has been written in Veneto.

Venice was the incomparable setting from which the Veneto Classic started: the amazing race with a soul of a classic and destined to become one of the Queens of the World Tour was a really great success.

The San Marco flag has consecrated the first edition of this insane sporting event that started off very great: the magic of Venice was not only a prophecy, but also a prelude to a race that has nothing to envy to the other classics. The greatness of the Veneto Classic honoured the Veneto Region and projecting it in an international context also confirming the race's brilliant future.

A 207 km route, from Venice to Bassano del Grappa: a technical and a hard race, strong emotions on the historic climb of La Tisa and on the legendary La Rosina climb, but it was the sprint of Contrà Soarda the real test that decided the fate of the race.

The well-deserved catwalk up to the finish line in Bassano del Grappa saw in the head of race the wonderful Samuele Battistella of Astana who won the Veneto Classic, writing his name in gold characters in the roll of honour of the race that is THE future of cycling.

All of Swiss celebrates the second place of Marc Hirschi of the UAE, while Jhonatan Restrepo of Androni Giocattoli closes the podium with his third place.